You are now in the place where we share poems of well-known poets, often from the list “Best Poems” and “Best Poets”. Poems are presented in the most popular topic categories. Due to copyright we only present the poems of those poets who passed away some time ago and therefore, you will not find poems of contemporary poets here. We invite you to familiarise yourself with the poems available here and we hope you will enjoy reading. The poems found here you can easily add to the free ecards from our site, and then send ecards to friends. Love poems are particularly great for that. Beautiful poetry added to an ecard can be a lovely surprise for the addressee. Except reading ready poems, you can add your own, original poems here. You only need to sign up for a free User Account. Certainly we all greatly enjoy beautiful poetry and reading poems is a very pleasant past time.

In a costly palace Youth goes clad in gold;
In a wretched workhouse Age's limbs are cold:
There they sit, the old men by a shivering fire,
Still close and closer cowering, warmth is their desire.

In a costly palace, when the brave gallants dine,
They have store of good venison, with old canary wine,
With singing and music to heighten the cheer;
Coarse bits, with grudging, are the pauper's best fare.

In a costly palace Youth is still carest
By a train of attendants which laugh at my young Lord's jest;
In a wretched workhouse the contrary prevails:
Does Age begin to prattle?no man heark'neth to his tales....

A Ballad of Burial

If down here I chance to die,
Solemnly I beg you take
All that is left of "I"
To the Hills for old sake's sake,
Pack me very thoroughly
In the ice that used to slake
Pegs I drank when I was dry 
This observe for old sake's sake.

To the railway station hie,
There a single ticket take
For Umballa  goods-train  I
Shall not mind delay or shake.
I shall rest contentedly
Spite of clamor coolies make;
Thus in state and dignity
Send me up for old sake's sake....

A Ballad Of Claremont Hill

The roar of the city is low,
Muffled by new-fallen snow,
And the sign of the wintry moon is small and round and still.
Will you come with me to-night,
To see a pleasant sight
Away on the river-side, at the edge of Claremont Hill?
And what shall we see there,
But streets that are new and bare,
And many a desolate place that the city is coming to fill;
And a soldier's tomb of stone,
And a few trees standing alone
Will you walk for that through the cold, to the edge of Claremont Hill?
But there's more than that for me,
In the place that I fain would see:
There's a glimpse of the grace that helps us all to bear life's ill,
A touch of the vital breath...

A Ballad of Ducks

The railway rattled and roared and swung
With jolting and bumping trucks.
The sun, like a billiard red ball, hung
In the Western sky: and the tireless tongue
Of the wild-eyed man in the corner told
This terrible tale of the days of old,
And the party that ought to have kept the ducks.

"Well, it ain't all joy bein' on the land
With an overdraft that'd knock you flat;
And the rabbits have pretty well took command;
But the hardest thing for a man to stand
Is the feller who says 'Well I told you so!
You should ha' done this way, don't you know!' 
I could lay a bait for a man like that....

Poems by A. B. Banjo Paterson

A Ballad Of Fair Ladies In Revolt

See the sweet women, friend, that lean beneath
The ever-falling fountain of green leaves
Round the white bending stem, and like a wreath
Of our most blushful flower shine trembling through,
To teach philosophers the thirst of thieves:
Is one for me? is one for you?

- Fair sirs, we give you welcome, yield you place,
And you shall choose among us which you will,
Without the idle pastime of the chase,
If to this treaty you can well agree:
To wed our cause, and its high task fulfil.
He who's for us, for him are we!...

A Ballad of Footmen

Now what in the name of the sun and the stars
Is the meaning of this most unholy of wars?

Do men find life so full of humour and joy
That for want of excitement they smash up the toy?

Fifteen millions of soldiers with popguns and horses
All bent upon killing, because their "of courses"

Are not quite the same. All these men by the ears,
And nine nations of women choking with tears.

It is folly to think that the will of a king
Can force men to make ducks and drakes of a thing...

A Ballad of Gentleness

The firste stock-father of gentleness,
What man desireth gentle for to be,
Must follow his trace, and all his wittes dress,
Virtue to love, and vices for to flee;
For unto virtue longeth dignity,
And not the reverse, safely dare I deem,
All wear he mitre, crown, or diademe.

This firste stock was full of righteousness,
True of his word, sober, pious, and free,
Clean of his ghost, and loved business,
Against the vice of sloth, in honesty;
And, but his heir love virtue as did he,
He is not gentle, though he riche seem,
All wear he mitre, crown, or diademe....

A Ballad Of Past Meridian

Last night returning from my twilight walk
I met the grey mist Death, whose eyeless brow
Was bent on me, and from his hand of chalk
He reached me flowers as from a withered bough:
O Death, what bitter nosegays givest thou!

Death said, I gather, and pursued his way.
Another stood by me, a shape in stone,
Sword-hacked and iron-stained, with breasts of clay,
And metal veins that sometimes fiery shone:
O Life, how naked and how hard when known!...

A Ballad Of Santa Claus

Among the earliest saints of old, before the first Hegira,
I find the one whose name we hold, St. Nicholas of Myra:
The best-beloved name, I guess, in sacred nomenclature,
The patron-saint of helpfulness, and friendship, and good-nature.
A bishop and a preacher too, a famous theologian,
He stood against the Arian crew and fought them like a Trojan:
But when a poor man told his need and begged an alms in trouble,
He never asked about his creed, but quickly gave him double.
Three pretty maidens, so they say, were longing to be married;
But they were paupers, lack-a-day, and so the suitors tarried.
St. Nicholas gave each maid a purse of golden ducats chinking,
And then, for better or for worse, they wedded quick as winking.
Once, as he sailed, a storm arose; wild waves the ship surrounded;...

Birthday Gift for You 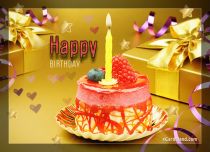 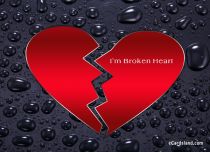 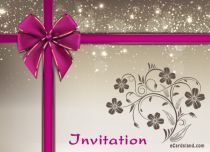 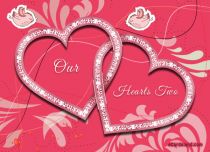 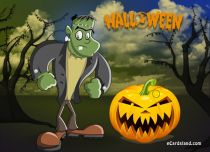 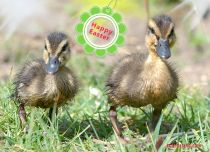 Have a Nice Easter 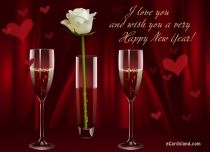 I Love You and Wish You 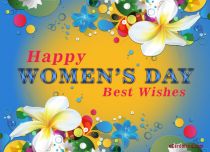 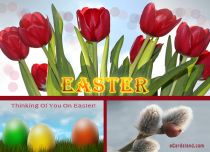 Thinking Of You On Easter 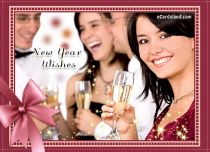 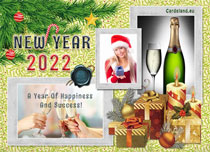 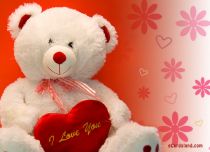 Don?t you have an idea for a text for an ecard? Familiarise yourself with our database of ready poems, which you can add to ecard effortlessly. Especially suitable are poems from the category ? Love poems, but the poems from other categories will also perfectly fit any e-card. We offer a selection of poems of well-known poets, but also poems of less famous authors. Choosing poems for the particular ecard you will have the pleasure of reading and browsing poems, because beautiful poetry is always inspiring and moving, affecting your senses and soul. By the way, perhaps you will be inspired, too, and write your own poem, which you can later share with other users of Cardsland site.