You are now in the place where we share poems of well-known poets, often from the list “Best Poems” and “Best Poets”. Due to copyright we only present the poems of those poets who passed away some time ago and therefore, you will not find poems of contemporary poets here. We invite you to familiarise yourself with the poems about Music available here and we hope you will enjoy reading. The poems about Music found here you can easily add to the free ecards from our site, and then send ecards to friends. Best Music poems for you.

A Fragment: To Music

Silver key of the fountain of tears,
Where the spirit drinks till the brain is wild;
Softest grave of a thousand fears,
Where their mother, Care, like a drowsy child,
Is laid asleep in flowers.

Outside the rain upon the street,
The sky all grim of hue,
Inside, the music-painful sweet,
And yet I heard but you
As is a thrilling violin,
So is your voice to me,
And still above the other strains,
It sang in ecstasy.

What was he doing, the great god Pan,
Down in the reeds by the river?
Spreading ruin and scattering ban,
Splashing and paddling with hoofs of a goat,
And breaking the golden lilies afloat
With the dragon-fly on the river.

He tore out a reed, the great god Pan,
From the deep cool bed of the river:
The limpid water turbidly ran,
And the broken lilies a-dying lay,
And the dragon-fly had fled away,
Ere he brought it out of the river.

High on the shore sat the great god Pan
While turbidly flowed the river;...

Oh thou! whose soft, bewitching lyre,
Can lull the sting of pain to rest;
Oh thou! whose warbling notes inspire,
The pensive muse with visions blest;
Sweet music! let thy melting airs
Enhance my joys, and sooth my cares!

Is there enchantment in thy voice,
Thy dulcet harp, thy moving measure;
To bid the mournful mind rejoice,
To raise the fairy form of pleasure?
Yes, heav'nly maid! a charm is thine,
A magic art, a spell divine!

Sweet music! when thy notes we hear,
Some dear remembrance oft they bring,...

Better — than Music! For I — who heard it

Better Â— than Music! For I Â— who heard it Â—
I was used Â— to the Birds Â— before Â—
This Â— was different Â— 'Twas Translation Â—
Of all tunes I knew Â— and more Â—

'Twasn't contained Â— like other stanza Â—
No one could play it Â— the second time Â—
But the Composer Â— perfect Mozart Â—
Perish with him Â— that Keyless Rhyme!

You bid me sing,--can I forget
The classic ode of days gone by,--
How belle Fifine and jeune Lisette
Exclaimed, "Anacreon, geron ei"?
"Regardez done," those ladies said,--
"You're getting bald and wrinkled too
When summer's roses all are shed,
Love 's nullum ite, voyez-vous!"

O cool unto the sense of pain
That last night's sleep could not destroy;
O warm unto the sense of joy,
That dreams its life within the brain.
What though I lean o'er thee to scan
The written music cramped and stiff;Â—
'Tis dark to me, as hieroglyph
On those weird bulks Egyptian.
But as from those, dumb now and strange,
A glory wanders on the earth,
Even so thy tones can call a birth
From these, to shake my soul with change.
O swift, as in melodious haste
Float o'er the keys thy fingers small;
O soft, as is the rise and fall
Which stirs that shade within thy breast.

All seemed delighted, though the elders more,
Of course, than were the children.--Thus, before
Much interchange of mirthful compliment,
The story-teller said _his_ stories "went"
(Like a bad candle) _best_ when they went _out_,--
And that some sprightly music, dashed about,
Would _wholly_ quench his "glimmer," and inspire
Far brighter lights.

And, answering this desire,
The flutist opened, in a rapturous strain
Of rippling notes--a perfect April-rain
Of melody that drenched the senses through;--
Then--gentler--gentler--as the dusk sheds dew,
It fell, by velvety, staccatoed halts,
Swooning away in old "Von Weber's Waltz."
Then the young ladies sang "Isle of the Sea"--
In ebb and flow and wave so billowy,...

Along the shore, along the shore
I see the wavelets meeting:
But thee I see--ah, never more,
For all my wild heart's beating.
The little wavelets come and go,
The tide of life ebbs to and fro,
Advancing and retreating:
But from the shore, the steadfast shore,
The sea is parted never:
And mine I hold thee evermore,
Forever and forever.

Along the shore, along the shore
I hear the waves resounding,
But thou wilt cross them nevermore
For all my wild heart's bounding:
The moon comes out above the tide
And quiets all the billows wide
Her pathway bright surrounding:... 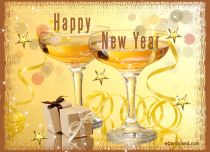 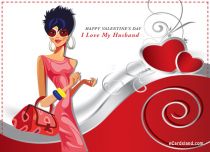 I Love My Husband 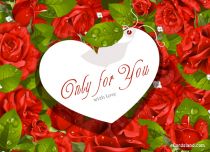 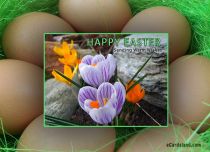 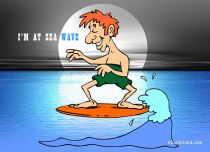 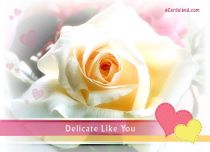 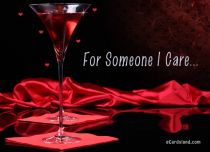 For Someone I Care 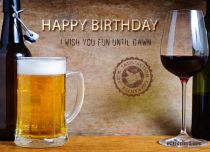 I Wish You Fun Until Dawn 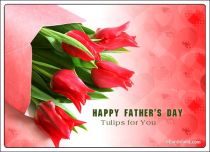 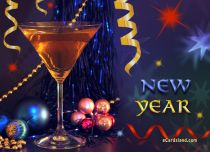 Don't you have an idea for a text for an ecard? Familiarise yourself with our database of ready poems, which you can add to e-card effortlessly. We offer a selection of poems of well-known poets, but also poems of less famous authors. Choosing poems about Music for the particular ecard you will have the pleasure of reading and browsing poems, because beautiful poetry is always inspiring and moving, affecting your senses and soul. By the way, perhaps you will be inspired, too, and write your own poem, which you can later share with other users of Cardsland site. Choose poems about Music and send free eCards to friends.