You are now in the place where we share poems of well-known poets, often from the list “Best Poems” and “Best Poets”. Due to copyright we only present the poems of those poets who passed away some time ago and therefore, you will not find poems of contemporary poets here. We invite you to familiarise yourself with the poems about First Time available here and we hope you will enjoy reading. The poems about First Time found here you can easily add to the free ecards from our site, and then send ecards to friends. Best First Time poems for you.

I long for truth, and yet
I cannot stay from that
My better self disowns,
For a man's attention
Brings such satisfaction
To the craving in my bones....

Archy's Song from Charles the First

Heigho! the lark and the owl!
One flies the morning, and one lulls the night:
Only the nightingale, poor fond soul,
Sings like the fool through darkness and light.

"A widow bird sate mourning for her love
Upon a wintry bough;
The frozen wind crept on above,
The freezing stream below.

"There was no leaf upon the forest bare,
No flower upon the ground,
And little motion in the air
Except the mill-wheel's sound."

At First. To Charlotte Cushman

My crippled sense fares bow'd along
His uncompanioned way,
And wronged by death pays life with wrong
And I wake by night and dream by day.

And the Morning seems but fatigued Night
That hath wept his visage pale,
And the healthy mark 'twixt dark and light
In sickly sameness out doth fail.

And the woods stare strange, and the wind is dumb,
-- O Wind, pray talk again --
And the Hand of the Frost spreads stark and numb
As Death's on the deadened window-pane....

In the green morning
I wanted to be a heart.
A heart.

In the vivid morning
I wanted to be myself.
A heart....

Who, if I cried out, would hear me among the angels'
hierarchies? and even if one of them suddenly
pressed me against his heart, I would perish
in the embrace of his stronger existence.
For beauty is nothing but the beginning of terror
which we are barely able to endure and are awed
because it serenely disdains to annihilate us.
Each single angel is terrifying.
And so I force myself, swallow and hold back
the surging call of my dark sobbing.
Oh, to whom can we turn for help?
Not angels, not humans;
and even the knowing animals are aware that we feel
little secure and at home in our interpreted world.
There remains perhaps some tree on a hillside
daily for us to see; yesterday's street remains for us
stayed, moved in with us and showed no signs of leaving....

First EPIGRAM. (Upon being Contented with a Little)

We deem them moderate, but Enough implore,
What barely will suffice, and ask no more:
Who say, (O Jove) a competency give,
Neither in Luxury, or Want we'd live.
But what is that, which these Enough do call?
If both the Indies unto some should fall,
Such Wealth would yet Enough but onely be,
And what they'd term not Want, or Luxury.
Among the Suits, O Jove, my humbler take;
A little give, I that Enough will make.

Of that time so fondly cherish'd!
Silently my wounds I feed,
And with wailing evermore

Of that time so fondly cherish'd.

First winter rain--
even the monkey
seems to want a raincoat.

First day of spring--
I keep thinking about
the end of autumn.

Hero and Leander: The First Sestiad

1 On Hellespont, guilty of true love's blood,
2 In view and opposite two cities stood,
3 Sea-borderers, disjoin'd by Neptune's might;
4 The one Abydos, the other Sestos hight.
5 At Sestos Hero dwelt; Hero the fair,
6 Whom young Apollo courted for her hair,
7 And offer'd as a dower his burning throne,
8 Where she could sit for men to gaze upon.
9 The outside of her garments were of lawn,
10 The lining purple silk, with gilt stars drawn;
11 Her wide sleeves green, and border'd with a grove,
12 Where Venus in her naked glory strove
13 To please the careless and disdainful eyes
14 Of proud Adonis, that before her lies;
15 Her kirtle blue, whereon was many a stain,
16 Made with the blood of wretched lovers slain.
17 Upon her head she ware a myrtle wreath,
18 From whence her veil reach'd to the ground beneath;
19 Her veil was artificial flowers and leaves,... 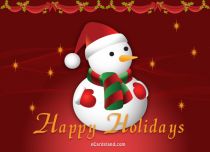 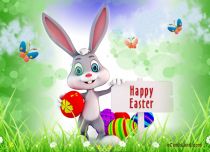 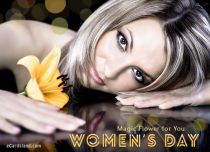 Magic Flower for You 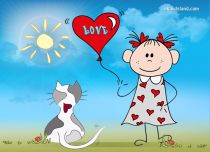 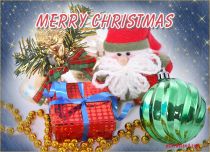 I Miss and Waiting for You 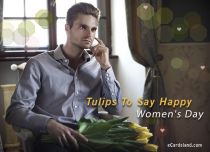 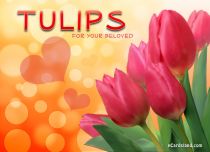 Tulips for Your Beloved 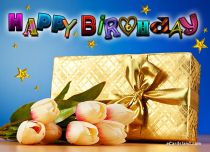 Birthday Gift for You 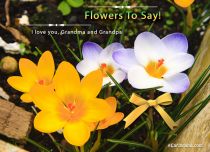 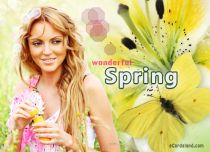 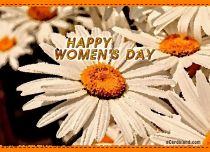 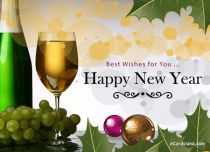 Best Wishes for You 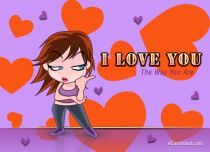 I Love You The Way You Are

Don't you have an idea for a text for an ecard? Familiarise yourself with our database of ready poems, which you can add to e-card effortlessly. We offer a selection of poems of well-known poets, but also poems of less famous authors. Choosing poems about First Time for the particular ecard you will have the pleasure of reading and browsing poems, because beautiful poetry is always inspiring and moving, affecting your senses and soul. By the way, perhaps you will be inspired, too, and write your own poem, which you can later share with other users of Cardsland site. Choose poems about First Time and send free eCards to friends.