You are now in the place where we share poems of well-known poets, often from the list “Best Poems” and “Best Poets”. Due to copyright we only present the poems of those poets who passed away some time ago and therefore, you will not find poems of contemporary poets here. We invite you to familiarise yourself with the poems about Anniversary available here and we hope you will enjoy reading. The poems about Anniversary found here you can easily add to the free ecards from our site, and then send ecards to friends. Best Anniversary poems for you.

[This little song describes the different members
of the party just spoken of.]

WHY pacest thou, my neighbour fair,

The garden all alone?
If house and land thou seek'st to guard,

I'd thee as mistress own.

My brother sought the cellar-maid,

And suffered her no rest;
She gave him a refreshing draught,

A kiss, too, she impress'd.

My cousin is a prudent wight,

The cook's by him ador'd;
He turns the spit round ceaselessly,...

Like the vain curlings of the watery maze,
Which in smooth streams a sinking weight does raise,
So Man, declining always, disappears
In the weak circles of increasing years;
And his short tumults of themselves compose,
While flowing Time above his head does close.

Cromwell alone with greater vigour runs,
(Sun-like) the stages of succeeding suns:
And still the day which he doth next restore,
Is the just wonder of the day before.
Cromwell alone doth with new lustre spring,
And shines the jewel of the yearly ring....

At the time when the stars are grey,
And the gold of the molten moon
Fades, and the twilight is thinned,
And the sun leaps up, and the wind,
A light rose, not of the day,
A stronger light than of noon.

As the light of a face much loved
Was the face of the light that clomb;
As a mother's whitened with woes
Her adorable head that arose;
As the sound of a God that is moved,
Her voice went forth upon Rome....

Tempora labuntur, tacitisque senescimus annis,
Et fugiunt freno non remorante dies.
Ovid, Fastorum, Lib. vi.
"O C?sar, we who are about to die
Salute you!" was the gladiators' cry
In the arena, standing face to face
With death and with the Roman populace.
O ye familiar scenes,--ye groves of pine,
That once were mine and are no longer mine,--
Thou river, widening through the meadows green
To the vast sea, so near and yet unseen,--
Ye halls, in whose seclusion and repose
Phantoms of fame, like exhalations, rose
And vanished,--we who are about to die,
Salute you; earth and air and sea and sky,
And the Imperial Sun that scatters down
His sovereign splendors upon grove and town.
Ye do not answer us! ye do not hear!...

On a Young Lady's Sixth Anniversary

Baby Babbles--only one,
Now to sit up has begun.

Little Babbles quite turned two
Walks as well as I and you.

And Miss Babbles one, two, three,
Has a teaspoon at her tea.

But her Highness at four
Learns to open the front door.

And her Majesty--now six,
Can her shoestrings neatly fix.

Babbles, babbles, have a care,
You will soon put up your hair!

Poems by Matthew Prior

The First Anniversary Of The Government Under O.C.

Like the vain Curlings of the Watry maze,
Which in smooth streams a sinking Weight does raise;
So Man, declining alwayes, disappears.
In the Weak Circles of increasing Years;
And his short Tumults of themselves Compose,
While flowing Time above his Head does close.
Cromwell alone with greater Vigour runs,
(Sun-like) the Stages of succeeding Suns:
And still the Day which he doth next restore,
Is the just Wonder of the Day before.
Cromwell alone doth with new Lustre spring,
And shines the Jewel of the yearly Ring.
'Tis he the force of scatter'd Time contracts,
And in one Year the Work of Ages acts:
While heavy Monarchs make a wide Return,
Longer, and more Malignant then Saturn:
And though they all Platonique years should raign,
In the same Posture would be found again.
Their earthly Projects under ground they lay,... 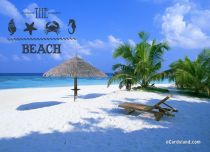 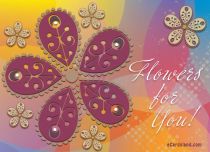 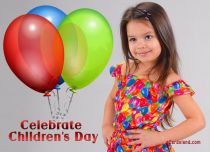 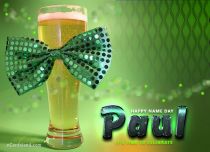 It's Time to Celebrate 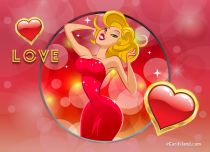 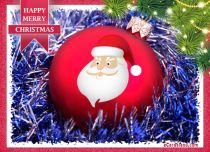 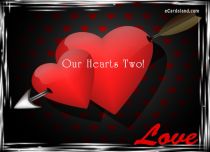 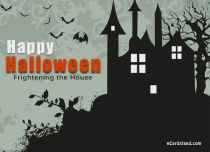 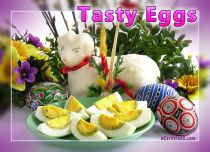 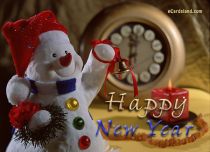 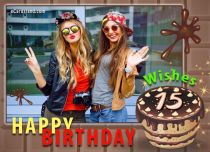 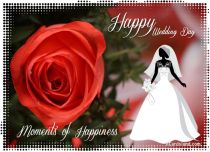 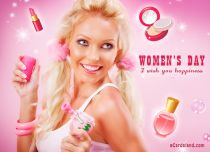 I Wish You Happiness 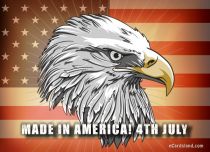 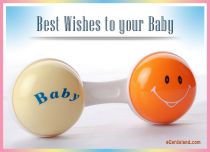 Best Wishes to your Baby

Don't you have an idea for a text for an ecard? Familiarise yourself with our database of ready poems, which you can add to e-card effortlessly. We offer a selection of poems of well-known poets, but also poems of less famous authors. Choosing poems about Anniversary for the particular ecard you will have the pleasure of reading and browsing poems, because beautiful poetry is always inspiring and moving, affecting your senses and soul. By the way, perhaps you will be inspired, too, and write your own poem, which you can later share with other users of Cardsland site. Choose poems about Anniversary and send free eCards to friends.